For the most part non-native wildlife species have been introduced for the direct benefit of humans, for things such as food, clothing and economic possibilities. However, these non-native species can become invasive species. Invasive species typically spread quickly, cause environmental damage, economic impairment and affect human health. Invasive species damage native habitats and threaten the diversity of native species through competition for natural resources, interbreeding with native populations predation, parasitism, spreading diseases, or causing physical or chemical changes to the invaded habitat. Once a species has effected a natural ecosystem it is only a matter of time for the cascade effect to be felt in the agricultural industry, on urbanized lands, in flood control systems, recreational lands/waterways, drinking water systems, livestock industry and ultimately all of this leading to effects on human health and the economy.

Invasive wildlife can come in all shapes and sizes, so it can be easy for a few individuals to slip in unnoticed. The longer invasives go unnoticed or unaddressed the more damage they can cause and the more money/effort it will take to manage and eradicate them. Government agencies spend millions of dollars every year combating both aquatic and terrestrial invasive wildlife species. Therefore, it is best to detect potential invasives early but best to practice prevention techniques. It is up to members of the public to be observant, practice earth manners and follow various travel laws to help in the management and prevention of invasive species. Government agencies such as the RCRCD continue to coordinate efforts to inhibit and manage invasive wildlife.

Below are a few of the invasive species that are found within the boundaries of the Riverside-Corona Resource Conservation District. Additional species can be found on various sites including the Invasive Species Program page of the California Dept. of Fish and Wildlife and the Invasive Species List and Scorecard for California via UC Davis.

The Red-eared Slider is a fresh water turtle typically found in the Mississippi Valley, east to West Virginia and as far west as New Mexico. It is one of the top 100 most invasive species in the world. It is usually identified by its olive shell coloring, serrated scutes and red stripe behind the eyes. They prefer calm waters with an abundance of vegetative cover. This species is comfortable in natural areas and manmade waterways. It also has a higher tolerance for poor water quality, making it a fierce competitor for our native species of freshwater turtle (Southwestern Pond Turtle, Actinemys pallida). They also compete with our native turtle for food, basking sites and egg-laying sites. One Red-eared slider female can lay almost 200 eggs a year as compared to the southwestern pond turtle which may lay 22 eggs in a good year. This species found its way into our waterways primarily through the pet trade. Often these turtles escape during transport or wonder away from their pet enclosures. Locally, many slider occurrences are the result of owner releases. Many owners sour to the amount of care it takes to maintain a species that can live for 40 years and as a result release the turtle into the nearest waterway.

This species can be recognized by their long legs, large wide heads, webbed feet and green to brown coloring with mottling pattern. Melanistic or leucistic color patterns are also possible. Large eardrums behind the eye are also indicative of the species. Normally this frog would be naturally found in the central and western United States but have become widespread throughout California waterways. The species is not particular about the habitat it occupies and will make a home in natural and manmade waterways. They prefer slow warm waters with vegetation but can tolerate cold temperatures.

It is believed the frogs were introduced in the late 1800’s or early 1900’s via trout stocking operations. The frogs were also brought in as an alternative meat source, as a pet and a biological controller of agricultural insects. Unfortunately, it did not take long for pets to escape from ponds or aquariums or individuals to escape frog farms or ag fields. This species unique adaptations allow it to quickly invade an area and compete with native frog species. It has a long breeding season compared to native frogs and one female can lay 20,000 eggs twice a year. The eggs and tadpoles have a foul taste and few native species will prey upon them. The predators that would normally eat bullfrogs in their native habitat are not present in California. The adults have voracious appetites and will eat anything that will fit in their mouths, including snakes, fish, birds, reptiles and other frogs. The tadpoles primarily feed on algae and invertebrates. Tadpoles have even been known to affect algae levels in waterways. Their resilience and ability to eat almost anything has made it easy for the species get a foot hold in many of the aquatic habitats in California. Various agencies, including the RCRCD, work to manage and hopefully eradicate the species via trapping, night stunning removals, tadpole removal, egg collecting, careful fishery management and introduction of natural predators.

The Brown-Headed Cowbird is a bird species that can currently be found across North America but is native to the Great Plain states of the U.S. They are common residents and prefer to be near open areas with low vegetation especially fields with grazing animals. This species is part of the same family as orioles, meadowlarks, blackbirds and grackles but can be distinguished by their smaller size, thick bill and short tail. The females are mostly plain brown with light streaking while the males have brown heads and black/greenish iridescent bodies. Those thick bills are used to eat a variety of seeds, grasshoppers, beetles, snail shells and eggs of other birds. It is their feeding and behavior habits that earned them their name. Cowbirds tend to follow herds of grazing animals such as bison and cows. As the grazing animals roam prairie lands they kick up insects, which the cowbirds easily grab. It was this association that allowed them to easily expand their range as settlers brought grazing animals to the west coast. This relationship with grazing animals is also a part of its destructive behavior.

Even at its small size this bird has the ability to cause a lot of damage. Long ago the birds evolved into nest parasites. As they followed herds of bison, they would lay their eggs in the nest of other birds. Rather than invest in their own nest and chick rearing, it was more beneficial to follow herd animals and leave their eggs behind to be raised by other bird species. This species is known to parasitize the nest of over 140 species of birds. This behavior has become devastating to species with fragile populations, such as the Least Bell’s Vireo and Southwestern Willow Flycatcher. The cowbird chicks are often bigger than their host species chicks, allowing them to take most of the food. Cowbird chicks have also been recorded pushing host eggs out of the nest. These devastating effects on local bird populations have lead many agencies to create cowbird removal projects. Agencies use a variety of tactics including the setting of cowbird traps and removal of cowbird eggs and chicks from nests.

The African Clawed Frog is a member of the Xenopus genus and can be described as a frog with a flattened body, small wedge shaped head and grayish green with black or brown mottling. As with other members of this genus, this frog species is entirely aquatic, though it has been known to traverse land to get to new habitats, lack teeth, are tongue less and possess claws on their webbed hind toes. Their front feet are unwebbed but are used to push food to the mouth. The claws are used to help tear food into manageable pieces. The tadpoles are distinct as well, being fairly transparent and having cat-fish like barbels. This odd frog is a formidable foe to native fish and frog species. They will eat a variety of live and dead organisms, including tadpoles, smaller frogs, fish fry, birds and aquatic invertebrates. This voracious appetite can be detrimental to native fish and frog species. In addition, this species is a known carrier of the chytrid fungus, which has caused the extinction of hundreds of species of amphibians since the 1970’s. It has also been known to cause problems in its native range of Sub-Saharan Africa. Mass migrations have caused costly damages to fish farms and have been known to clog irrigation pipes.

This species first appeared on the global market in the 1940’s, when it was shipped worldwide to research and medical facilities. This was due to the discovery that females of the species would lay eggs when injected with the urine of a pregnant human female. Once more modern pregnancy tests were developed, many facilities released the unneeded frogs into local habitats.  In the 1960’s it became a popular aquarium pet. Escapes from aquariums/ponds and releases by pet owners, has contributed and continues to contribute the most to the introductions. Currently, the species has been found to occur in CA, WI, VA, NC, TX, MS, KY, FL, CO and AZ. This species distinct ability to survive a variety of environmental conditions can make it difficult to manage. It can not only survive water quality conditions that would give native species difficulty but it can also survive long periods of drought and up to a year with no food. Despite this, many states have attempted to eradicate or manage the species through permit laws, trapping, poisoning and pond draining. All of these methods have had mixed results. Agencies continue to work to find an effective management or eradication techniques. This species is currently on California’s restricted animals list and cannot be imported, transported, or possessed without a permit. 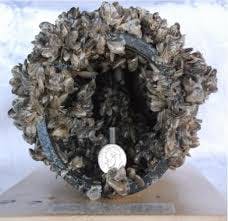