In 2000, the District constructed a specially designed stream at the LandUse Learning Center that supports a native fish population of Speckled Dace, Arroyo Chub, and Santa Ana Sucker, a threatened species. The number of fish varies from year to year, depending on natural reproduction. The recirculating, 300-foot long stream was constructed to replicate a small tributary to the Santa Ana River.

The RCRCD’s seven 100 foot-long raceways have been used for the breeding and study of native fish, in cooperation with the California Department of Fish and Wildlife (CDFW)- Region 5&6, the US Fish and Wildlife Service (FWS), and the US Geological Survey (USGS).

The District is developing an aquatic research and native fish breeding facility in the Agricultural Greenbelt area of Riverside. The construction of new raceways at the Greenbelt property will increase capacity to safely hold, rear, and study native fishes, as well as provide greater refugia for rescued fish, frogs, and pond turtles that may be extirpated from their native habitat due to catastrophic floods, drought, fire or other unforeseen conditions.

Much of the project is part of the Upper Santa Ana River Habitat Conservation Plan (SAR HCP), which is being funded by local water districts. Under the plan, the RCRCD will create conservation easements on some of the lower tributaries of the river in order to conserve and manage essential habitat that fish rely on during warm water conditions and flooding, and at smaller backwaters where fish can find refugia. Fish propagated at the facility will be released into tributaries of the Santa Ana River where Santa Ana Suckers and other native fish were once common.

The RCRCD was awarded the American Fisheries Society Award of Excellence in Riparian Management in 2010 for its work in Temescal Creek near the City of Corona, CA. The Temescal Creek Native Fish Restoration Project was conducted over a three-year period and included the removal of non-native plants and animals, such as crawdads, bullfrogs, bullhead catfish, and Red-eared slider turtles. Many of these pests were originally released as pets or bait, but have since become “naturalized” and compete with native plant and animal populations. Restoration efforts, such as dip netting and re-establishment of native plants, help to improve habitat for native fish, amphibians, and aquatic reptiles. Arroyo chub were once common in the area, but have been extirpated in most streams due to these exotic predators.

The RCRCD Coldwater Creek property is an 80-acre upland-riparian site that has a breeding population of genetically pure steelhead, or coastal rainbow trout. These fish once swam to the ocean, but dams, flood control projects, and changes in stream hydrology prevent migration. The District monitors creek water quality; fish population dynamics; and streamside habitat in cooperation with the CDFW each month. Ongoing surveys and monitoring will be conducted by the RCRCD in order to manage the fish population and prevent decline, loss in numbers or extirpation.

Our abundance of native fi sh is rapidly declining. Of the North American freshwater fi sh in streams, rivers, and lakes, nearly 40% are considered vulnerable or endangered! 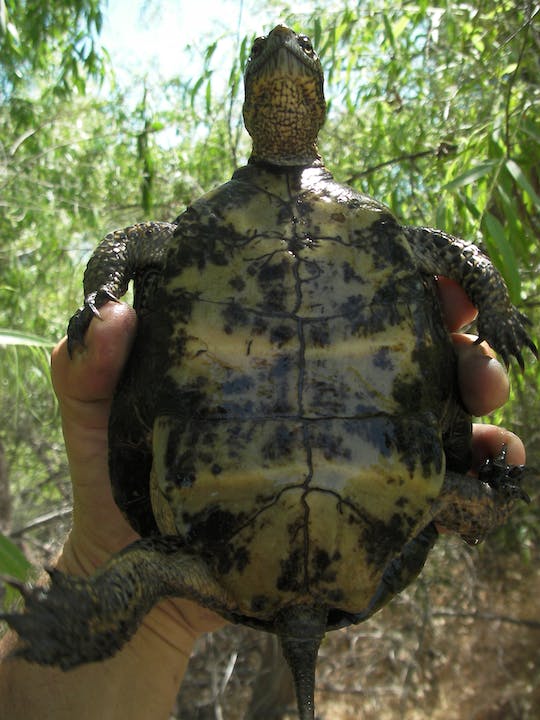 The RCRCD works to foster and re-introduce amphibian and aquatic reptile populations into restored conservation areas. 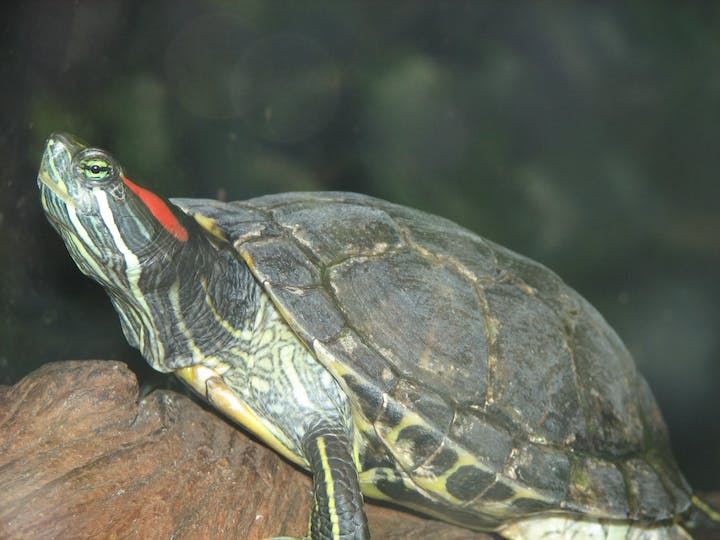 For the most part non-native wildlife species have been introduced for the direct benefit of humans, for things such as food, clothing and economic possibilities. However, these non-native species can…