As southern California has become more and more urbanized, our natural, open space lands have been disappearing and have become highly fragmented. Parks and yards are filled with highly manicured grasses and non-native ornamental plants, which do not support our native wildlife who depend on native plants. Over the last decade, a new approach to landscaping has been steadily gaining popularity in California, and for good reasons. Ecologists, landscapers, and conservation practitioners have all been working to educate people about the benefits of landscaping with native plants.

Native plants provide important habitat for birds, insects and many other types of wildlife. Many of our wildlife species have co-evolved with the plants which they depend on for food, water, and shelter.  This means that without these native plant species they cannot survive. Landscaping with native plants insures that wildlife has access to the habitats they need for survival.

Native plants are adapted to local environmental and climatic conditions. For instance, in inland southern California there is relatively very little precipitation during the hot, dry summer months, So, many native plants have adapted to be drought tolerant. Drought tolerant plants require less water, less time and less money than other non-native horticultural plants found at a typical nursery.

Another benefit of using native plants in landscaping is that unlike, non-native, horticultural species, native plants require far less maintenance once they become established. Since native plants are already adapted to their local environment they do not require special treatment such as increased watering, soil amendments or fertilizer.

Any piece of your property that you might convert to native vegetation can help offset habitat loss from development, human impacts, and the invasion of aggressive, non-native plants into the wild. But where do you start?

Whether you are planting a native or non-native, consider a plant’s need for sun versus shade and your site’s condition and aspect in relation to the sun. Start right by selecting high quality container plants. Dig the hole two to three times as wide as the pot’s diameter and as deep as the soil level in the pot. Rough the sides of the hole, making it easier for the plant’s roots to grow into the native soil.

Unlike most landscaping plants imported from other regions, winter is the growing season for our local native plants, because that’s when they get most of their water naturally, from rain. Spring is the flowering season. During the hot summer, native plants are slowing down or going dormant until the winter rains return.

Prime planting time for most natives is November to February. Plant annuals from October to December, trees and shrubs from October to the end of February, and perennials and low growing woody shrubs (subshrubs) from late October to late April. The exception is “riparian” plants; which can be planted at any time. In nature, riparian plants live along waterways, so are accustomed to getting more water.

RCRCD staff propagates plants from the local watershed and ecoregion for current and future revegetation projects. RCRCD grows about 80 native species and the inventory fluctuates from about 4,000 to 8,000 plants over the year, depending on projects. In addition to container plants, the RCRCD nursery produces cuttings from 24 cutting tanks that provide mule fat and five species of willow from local sources. The cuttings represent diverse local genotypes and are used to augment wild-collected cuttings for planting projects.

During fiscal years 2005 to 2018, RCRCD planted nearly 32,000 of its nursery stock at restoration sites located in the vicinity of Temescal Wash, Cajalco Creek, Tequesquite Creek and other tributaries of the Santa Ana River.

The Riverside-Corona Resource Conservation District does not intend to compete with nurseries, but may have a limited supply of container plants that were unable to be used in its restoration projects or within RCRCD landscaping.

Please request plants that were produced from local seed. 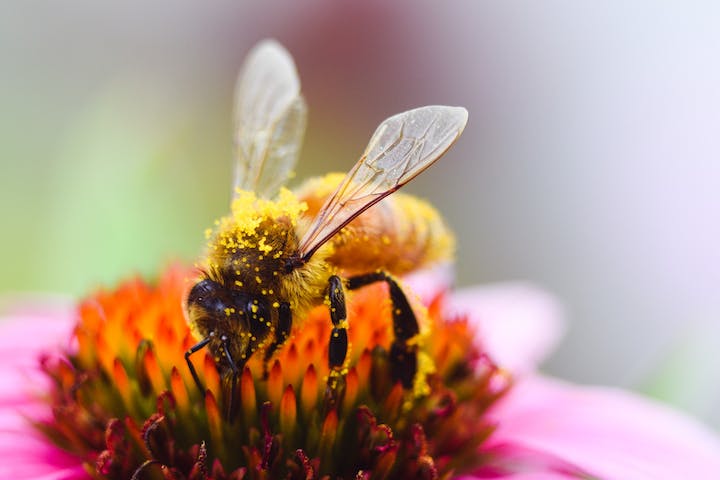 Along with bees, pollinators can include birds, bats, butterflies, moths, flies, beetles, wasps, and small mammals.  A pollinator can be any animal that visits flowers to drink nectar or feed off of…

The Urban Area includes four themed yards (some featuring native plants or cultivars) and an Arbor Trail with plants that use little to moderate amounts of water. The yards demonstrate ways to help sustain natural resources in urban and suburban ecosystems. Each yard has a small water feature with moving water that attracts birds. 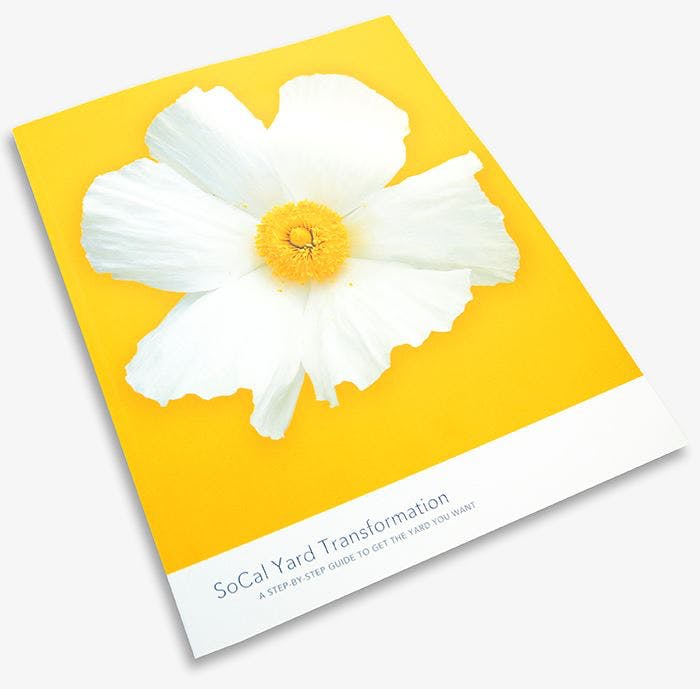 Want to know how to landscape and maintain your yard efficiently?

To find out more about California native plants as well as a wealth of resources on native plants and native landscaping visit the Californai Native Plant Society website.