Native plants are species that evolved over a specific geologic time, and live and reproduce in a specific geographical location, meaning they occur there naturally. Native plants are specifically adapted, or suited, to their particular environmental conditions such as precipitation, elevation, temperature, soil, and species interactions. Many plant and animal species have co-evolved and depend on one another for survival.

Some native plants have adapted to very limited, unusual, or harsh conditions, such as cold climates, very specific soil types, frequent wildfires or narrow elevation ranges, Many animal species are often dependent on specific native plant species. A good example of this is the Monarch butterfly and the milkweed plant. Monarchs rely on milkweed plants as their primary food source and will only lay their eggs on milkweed leaves. When native plants are replaced by non-native plants, that can have detrimental effects on the species that depend on them.

Due to the ever increasing population and demands on our natural resources, habitat loss, climate change and pollution have all impacted the plant species that live in southern California.  Vegetation communities that were once commmon place have been displaced due to development and some species have suffered serious declines in their populations.  When populations decline to the point of being at risk of extinction, they are considred endangered. Species can be listed as endangered at the state, federal, and international level. Species that are designated as threatened are species that are at risk of becoming endangered in the near future.  There are many factors that contribute to a species becoming threatened or endangered.  the most common reason habitat destruction or loss,

The following plant species have been identified as sensitive, rare, threatened, or endangered by the US Department of Interior, the California Department of Fish and Wildlife, and/or have been included in the Southwestern County Multiple-Species Habitat Conservation Plan (MSHCP). Many sensitive species are rare, threatened, or endangered.  Federally listed endangered or threatened species (FE, FT) and State listed endangered or threatened species (SE, ST) are protected. Some species are considered sensitive by federal or state agencies and are designated as species of special concern (FSC or SSC, respectively), or candidate species for listing (C).  Some of these are rare and have protected status in the state (SP). In addition, the California Native Plant Society publishes a list of rare, threatened, and endangered plants. Those that are particularly sensitive and rare are listed as 1A or 1B and are considered fully under the California Environmental Quality Act (CEQA).  The species listed are those with recent documentation.

Enjoy some tips and knowledge from our Assistant District Manager, Kerwin Russell

The plant profiles are in a tabular format with fields containing ecological, taxonomic, distribution, and genetic information to help botanists and land managers determine collection protocols and seed deployment strategies. They also contain details about seed biology and plant culture to help guide choice and production of plant materials in a way that reduces the chance for unintentional… 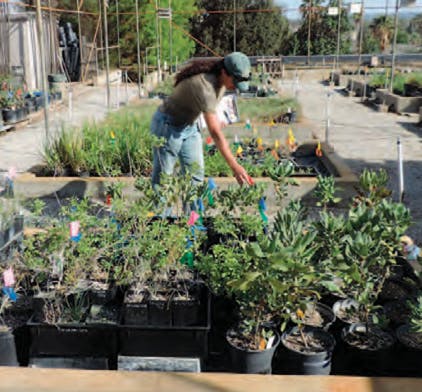 The Riverside-Corona Resource Conservation District (RCRCD) works with the public and agencies to help provide native plants for habitat restoration, landscaping and other types of planting projects. RCRCD propagates plants at its native plant nursery for a variety of re-vegetation projects within the District and has refrigerated seed storage facilities for locally collected seed. The RCRCD also… 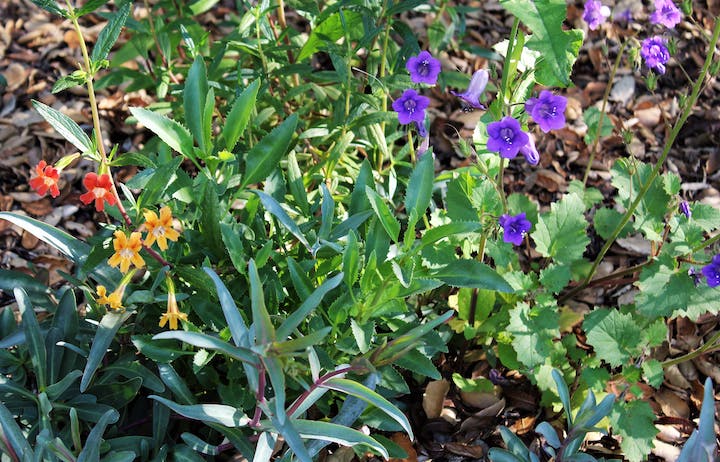 To find more information and resources on landscaping with native plants...

Why garden with native plants? Local native plants complement our natural ecosystem, as they are uniquely adapted to live with our climate, soil conditions, and animals.