What is an Invasive Plant?

The California Invasive Plant Council (Cal-IPC) Cal-IPC defines invasive plants as: plants that are not native to an environment, and once introduced, they establish, quickly reproduce and spread, and cause harm to the environment, economy, or human health.

Over the last decade, invasive plants have come to the forefront of agricultural and environmental issues. Due to these plants’ aggressive growth habits, they have overtaken many natural areas and now pose a threat to the native habitats in which they grow. Many local agencies have been working on removal over the last several years, with the District working on removal in small target areas during the past decade.

Although some invasive species may be visually attractive,these  plant species do not provide quality habitat or a food source for native wildlife species. Many of these plants are out- competing the native plants that some endangered birds need for nesting. This increases the potential for damage to both the plant and animal communities and local extinctions of plants and wildlife.

What makes a plant invasive?

When plants that evolved in one region of the globe are moved to another region, a few of them flourish, crowding out the native vegetation. Invasive plants have a competitive advantage because they are no longer controlled by their natural predators or competitors, so quickly spread out of control. Invasive plants also damage wildlands by increasing wild fire and flood danger, consuming valuable water, degrading recreational opportunities, and destroying productive range and timber lands.

According to the USDA to be considered invasive, a plant must be introduced and cause "economic or environmental harm or harm to human health" and demonstrate the following characteristics. 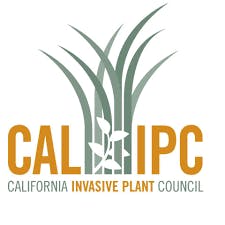