Most freshwater native fish and amphibian species are impacted by loss or degradation of stream habitat, water pollution, drought, non-native fish and aquatic animals, flood control facilities, water diversions and changes in the watershed from fire that result in erosion and debris flows.  Recent fires have also impacted fisheries by extirpating whole populations or filling spawning areas with ash and sediment.  While water resources in Southern California are strained, there are still six native fish species that survive in local creeks and streams in the Inland Empire.  The arroyo chub, Santa Ana sucker, Santa Ana speckled dace, three-spine stickleback, rainbow trout and the desert pupfish.

Over the last decade, the RCRCD has reared and reintroduced to the Santa Ana and San Jacinto Rivers and their tributaries over 5,000 fish.  While these translocation and reintroduction projects are aimed at increasing the viable population of fish in the wild, they also provide opportunity to study and research fish in captivity.

Some of the RCRCD’s special aquatic projects include:

RCRCD conducts the Santa Ana Sucker Conservation and Research Program, in cooperation with the US Fish & Wildlife Service (USFWS) and the California Department of Fish and Wildlife (CDFW). These studies compare the Sucker’s tolerance to different levels of water pollution, life history and longevity, both in captivity and in the wild. The Santa Ana Sucker was listed as a threatened species in 2000… 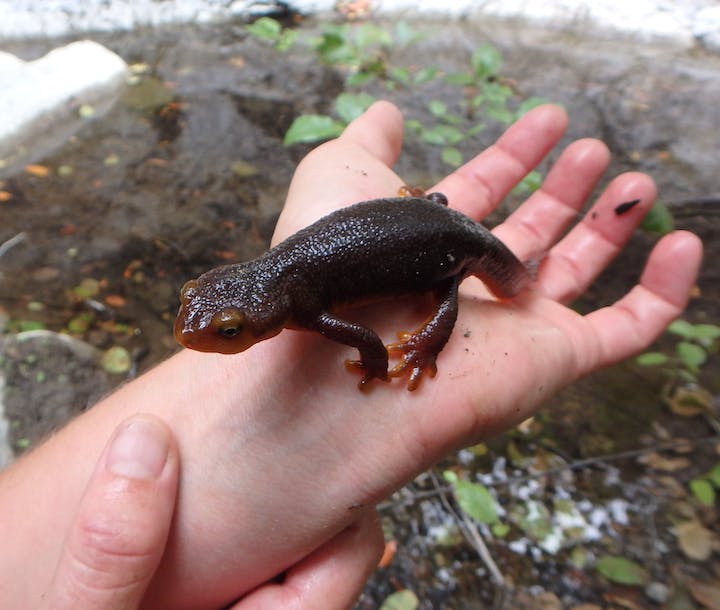 RCRCD conducts a restoration program for amphibians and turtles which includes the trapping and removal of exotic animals from RCRCD managed ponds and streams. RCRCD also conducts surveys for native species including the California salamander, Coast range newt, California tree frog and the Western pond turtle, the only native turtle in Southern California.